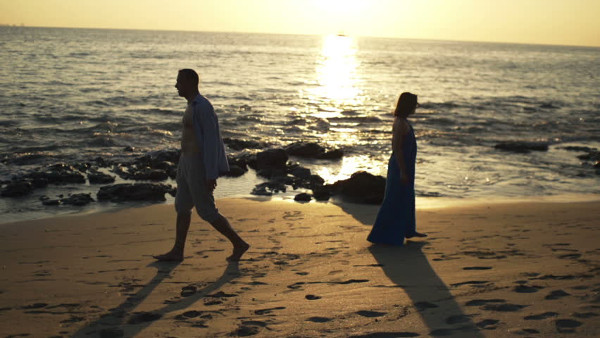 One of the biggest question and worry that many people have, including my clients, is whether their ex has actually moved on.

And if you are reading this, chances are you too must be worried and thinking whether your ex has moved on, or does your ex still have feeling for you.

Whether it be that your ex has just broken up with you, or your break up has been for some time now, you wonder whether your ex still has feelings for you.

So has your ex already moved on? And if so, what should you do?

Your Ex Has Already Moved On

So here’s the thing to really understand – your ex has ALREADY moved on. Your ex has moved on the day your ex broke up with you. If your ex hadn’t moved on, your ex would still be with you.

Think about this logically, if your ex has hadn’t moved on, then your ex wouldn’t want to break up with you in the first place because breaking up is a very scary thing.

When two people break up, it’s not just the relationship that has broken up, but it’s the severance of a life that you are already used to for a while ever since your ex got together with you.

You two would spend time together physically and hang out often together. If you are in a long-distance relationship, then you two would have spent time on the phone or messaging each other over text or social media to be in touch.

When two people spend enough time together, the things you two do start to become a habit and it becomes like a routine already that if you were to do anything else, it would feel weird.

That would be the same fear your ex had as well prior to breaking up with you.

So no one really wants to go through a break up because it is emotionally draining and tormenting. It’s very tiring as well mentally as your ex would also be fearful of the “wrath” your ex has to face as a result of breaking up with you.

Also, things would be different once the break up happens because the usual things that you two would normally do, will not longer be happening anymore. So that enters the zone of “uncertainty” and no one likes to really feel uncertain.

So the thing is this – if your ex hadn’t yet moved on, your ex would be too fearful of breaking up with you. But because your ex had already in your ex’s mind decided that your ex will no longer have a life with you, that’s why the break up happened.

And what that means is that your ex has already long moved on when your ex has decided to break up with you.

Accepting That Your Ex Has Moved On

This is one of the very tough things that many of my clients have trouble accepting – that your ex has already moved on.

Yes it’s really hard and painful to even think about it.

But it’s a fact, and it’s important to really realize this and accept this because when you still resist the idea that your ex has already moved on, that’s where you can start to get needy and desperate.

For example, if you think that your ex hasn’t moved on, you would think that you have “limited time” left to quickly win your ex back.

You fear that if time passes by too much, it will be “too late” to get your ex back, and that your ex would have moved on.

But here’s the thing – No one placed any sort of “time limit” on your reconciliation with your ex. All these are only in your head. No one says that if you don’t get your ex back by this date and time that your ex will be gone forever.

The problem with this mindset is that when you think that you “don’t have much time left”, you will tend to become desperate to reach out to your ex to convince your ex to want you back.

That’s where people start to beg, plead, and do all sorts of things to try and get their ex back but it doesn’t work.

It doesn’t work simply because your ex has already moved on, and the way to win your ex back isn’t by convincing your ex to want you back.

That hardly ever works.

Instead, what you need to really think of your situation as is that your ex has already moved on, accept it and tell yourself that you already have the characteristics, personality and traits that made your ex attracted to you in the first place.

But it’s most likely because after some time being in the relationship with your ex, things changed a little, you changed, and you behaved differently than how you would when you first got together with your ex.

This is what I call the Law of Familiarity.

The Law of Familiarity states that when two people are around each other a lot, they will tend to take each other for granted just a little, and start to change in the way they behave in the relationship compared to how you were like in the beginning.

For example, in the beginning you might have been much happier, much more positive, always smiling and laughing, not so picky or nagging, and didn’t really had any quarrels or disagreements.

And because of this change in behaviour, the dynamics of your relationship just started to deteriorate until the break up happened.

But if you went back to right at the beginning of the relationship, you will realise that things were so much more different than it is towards the end, and was certainly so much more enjoyable.

To put it simply in many of my client’s words, you lost yourself in the relationship. And that’s because you started to have more and more expectations of your ex, and when those expectations weren’t met, you got into a negative state.

So how do you really get your ex back?

I’m sure by now you have read tons and tons of different articles online and you’re hoping to find some sort of “trick” that can instantly get your ex to say “Honey, I’m wrong and I want you back”.

Unfortunately that will never happen and such a trick doesn’t exist.

One thing you must remember is this – relationships are ALL about feelings. For someone to want to be with you, he / she MUST feel positive and good towards you and when with you.

It is not possible that someone feels absolutely negative and bad towards you and when around you, and want to be with you. That’s how a break up happens.

So for your ex to want you back again, you need to understand how to get your ex to feel good towards you again.

And if you really think about it deeply, those were the emotions that you got your ex to feel and that’s why your ex decided to get together with you.

So now you understand this theory, how can you get your ex to think of you positively again?

Getting Your Ex To Think Positively Of You

To get your ex to think positively of you again will require lots of thinking on your part because it has to do with a lot of the things that you already know that your ex is interested in and likes.

So the main key to get your ex to feel good towards you is firstly to eliminate everything that your ex linked pain towards you in the first place.

If you had been very argumentative, nagging, rude, depressed, angry, or simply put – negative, then you need to get rid of this in you.

With all the negative things that is happening around us, you may say it’s hard to not be negative. While that’s true, one thing you need to understand is that being negative or positive IS a decision made by you.

You can choose to entertain the negativity that comes your way, or simply shut it away.

It is said that one day the Buddha was walking through a village. A very angry and rude young man came up and began insulting him. “You have no right teaching others,” he shouted. “You are as stupid as everyone else. You are nothing but a fake!”

The Buddha was not upset by these insults. Instead he asked the young man, “Tell me, if you buy a gift for someone, and that person does not take it, to whom does the gift belong?”

The young man was surprised to be asked such a strange question and answered, “It would belong to me, because I bought the gift.”

The Buddha smiled and said, “That is correct. And it is exactly the same with your anger. If you become angry with me and I do not get insulted, then the anger falls back on you. You are then the only one who becomes unhappy, not me. All you have done is hurt yourself.”

Next, you want to engage with your ex (if you are blocked, see this article) around your ex’s interests and passion and encourage your ex to talk more and validate him / her.

Here are the principles of getting your ex to like you again:

2. Be a good listener: Encourage your ex to talk about himself / herself.

4. Make your ex feel important – and do it sincerely.

5. Keep the message light, fun and positive, and get your ex to laugh.

Next, you need to continue doing this consistently to build up positive feelings in your ex. And a lot of how you do that really comes down to the history between you and your ex.

But basically these are the core fundamentals to getting your ex to be with you again. And that’s how I helped Carol get her ex back, and how I helped Jocelyn get her ex to propose to her.

While your situation is certainly different and unique, the principles to get your ex back remains the same.

Is it too late to get your ex back in your situation? Take the 2-minute quiz by clicking the box below to find out now:

If your ex has just told you that your ex just wants to be friends, lots of questions might be going through your mind right now. Questions … END_OF_DOCUMENT_TOKEN_TO_BE_REPLACED

If you are wondering, "Will he miss me if I leave him alone?"... Then you may be surprised by the answer that I'll be sharing in this … END_OF_DOCUMENT_TOKEN_TO_BE_REPLACED

Are you wondering what are the signs your ex will eventually come back to you again? If you've just gone through a breakup, then this period you're … END_OF_DOCUMENT_TOKEN_TO_BE_REPLACED

If you have just gone through a painful breakup, then chances are that you might be wondering, "does my ex miss me at all?" Or is this more like … END_OF_DOCUMENT_TOKEN_TO_BE_REPLACED

Can you use the power of silence after a break-up to get an ex back? Silence is a very powerful thing when used the right way. Sometimes when … END_OF_DOCUMENT_TOKEN_TO_BE_REPLACED

Is it possible that your ex is pretending to be over you, but actually still has feelings for you? And if so, why did your ex break up with you in … END_OF_DOCUMENT_TOKEN_TO_BE_REPLACED