To attract guys and make them fall head over toes for you, we need to understand first what men really want. 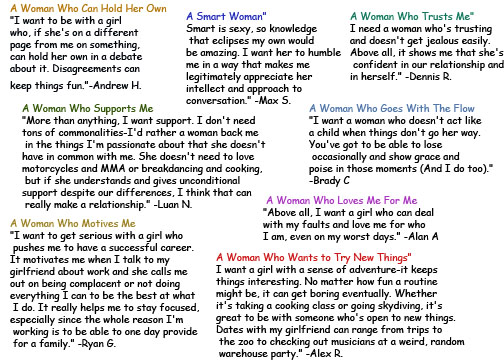 Women also buy into this stereotype that their men should be the provider. But too often, the ideal male image can sabotage a relationship. When women find their partner not quite living up to their expectation, they end up nagging, blaming and judging at all the things that men are not doing right.

By doing so, it will only make men feel undervalued and bitter. Once they feel they are not living up to the role they believe they should play in a relationship, they will leave you for someone who will make them feel admired and appreciated.

There is always a boy inside every man, no matter how old your man gets. When they do something childish, we should learn to accept who they are, instead of getting mad at trivial things and asking him to grow up and be more mature.

The more you do that, the more it will make them pull away or feel like you are turning into their mother. And that is the last thing you want your man to think of you. Love him for who he is and accept his flaws because no one is perfect.

When you do that, he will feel it and appreciate it. And who doesn’t want to be with someone who can make them feel comfortable being who they are and not afraid of being judged?

Also, unconditional support from their woman means everything to men. It gives them strength and reason to continue doing what they want to do. It also makes them want to be a better and stronger person.

A lot of women don’t like to talk to men about their feelings because they are scared that it will hurt the relationship and drive men away.

Also, women have the tendency to think that their man just “know” what is on their mind. These women will be coy, indirect or drop hints in the hopes their man will just “get it”.

When their man cannot read their mind, the woman becomes grumpy and upset instead. If you find yourself doing this, do yourself and your man a favor and be direct and open about what it is on your mind.

The truth is when you don’t express yourself, men will be left wondering what is going on and they will never really get to know who you truly are. Every time you keep things to yourself, you are putting up walls in your relationship. That is the proven formula to push men away eventually.

Men think about sex almost every few seconds. So, it is important to understand what men really want when it comes to sex.

Based on interviews with thousands of men, we find that men really like it when you tell them how good it feels when they do something right. Also they feel really turned on when you surprise them by sending them naughty text or initiate new positions or try at a different place.

Trust me, when you make efforts to spice up things in the bedroom and make your sex life exciting, it will make men constantly think about you and all the fun stuff you two can do together.

5. Have Their Own Space

Being too needy, dependent and clingy on your man will only make him feel trapped. If a man feels trapped, he will build a feeling of resentment for the woman.

Trivial issues get blown out of proportion and eventually the man will be criticizing the woman’s every move as being too controlling. It is very important for men to have their own life and not feel tied down by a relationship.

Giving men space and let ting him hang out with his buddies will make him feel that they still can have their own identity and life even though they are in a relationship.

So, what do men look for in a woman?

Nothing is sexier than a woman who is self-confident and comfortable in her own skin. If you caught yourself asking your boyfriend if you look fat or look pretty in this dress, you need to consciously stop yourself doing that. A self-confident woman doesn’t need other people’s reassurance that she is pretty and sexy.

Starting every sentence with ” I am like.. ” or acting like a bimbo is a huge turn-off for men, at least he won’t take you seriously and just wants to have fun. What men look for in a girlfriend is a woman who is smart and has substance.

Spontaneity is very easily lost after a while. You will find yourself doing the same things and going to the same restaurant. Relationship life seems very repetitive and uninteresting. The spark was no longer there. So, don’t let spontaneity disappear from your life. Men are attracted to women who can do things spur-of-the-moment

Men are visually driven creatures, but it is not just the looks that make men attracted to you. It is more about the confidence and sexiness that you exude. It catches men’s attention when they see you. Get rid of the unflattering sweatpants and t-shirts. Dress yourself up in your sexy lingerie and high heels and be comfortable expressing your sensuality.

Trust is the foundation of every relationship. If a man cannot trust you, it is difficult for him to be serious about the relationship and see a future with you. So, be honest with him and build the trust between you because without trust, any relationship will not be able to withstand any tests or crisis.

Now, we look at some of the things that you can do to make him fall madly in love with you: 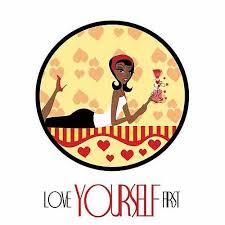 Don’t Give Him More

It is a misconception that if you shower the guy with excessive love and affection, the guy will love you in return. It is actually not true. Guys often want something that they cannot have or hard to get. By giving him more, he will just take it for granted and get used to always be on the receiving end.

Make Him Miss You
Absence does make the heart grow fonder! Spending some time apart from each other helps remind him of how much he loves spending time with you! So every now and then, take some time out to hang out with friends or family and make him miss you. 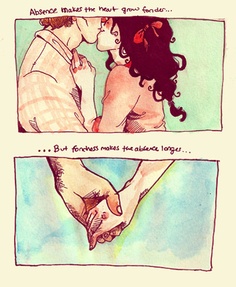 Be His Best Friend
Flirting and teasing are important, but it is equally important to be a good friend to him, a friend who he can talk to about everything, good or bad. Love is not just about physical attraction but also about being best friends with one another too. 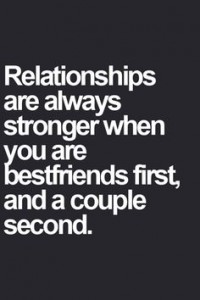 Laugh At His Jokes
Guys will feel very good when they can make women laugh at their jokes. If they see they can make you laugh, they will feel good about themselves and slowly associalte this feel good rush with you. They will love to hang out with you more. 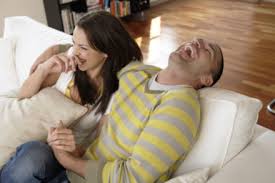 Focus On Common Interests
You have your differences as well as common interests. Why not focus on your common interests and do things together that both of you enjoy? Remember, don’t fake interest to please him. It might work in the short term, but he will find out eventually. 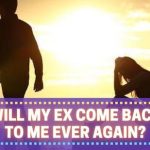 Are you wondering, "Will my ex come back to me ever again?" If you are, then I've got good and bad news for you. The good news is that after … END_OF_DOCUMENT_TOKEN_TO_BE_REPLACED 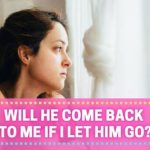 Are you thinking to yourself, "Will he come back to me if I let him go?" Then you might be surprised by the truth of this answer. That's because … END_OF_DOCUMENT_TOKEN_TO_BE_REPLACED 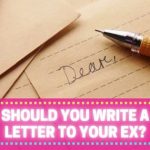 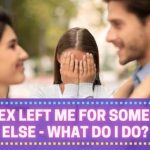 If your ex left you for someone else, this can understandably be one of the most painful experiences to go through. After all, this person has … END_OF_DOCUMENT_TOKEN_TO_BE_REPLACED 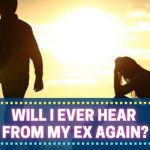 Have you ever wondered, "Will I ever hear from my ex again?" If you have, then you're not alone. In fact, this is one of the most pressing … END_OF_DOCUMENT_TOKEN_TO_BE_REPLACED 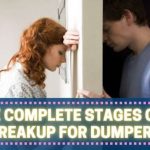 If you're wondering what are the stages of a breakup for dumpers, and what goes through the mind of your ex for each of the stages... Then you're … END_OF_DOCUMENT_TOKEN_TO_BE_REPLACED