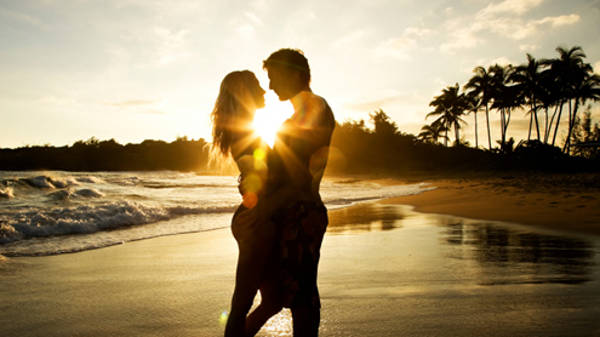 One of the most important things you need to understand when you are trying to get back with your ex is what makes your ex want to come back to you after breakup.

We need to know exactly what it is that can trigger them to want to get back with you.

So here are some of the reasons why your ex will want you back:

Your Ex Sees A Change In You

Your ex broke up with you for a reason. The reason might be that you are too clingy, needy or controlling. Or perhaps your ex left you because you are always feeling insecure or suspicious. Or perhaps you always like to pick a fight with your ex over trivial things.

These negative traits in you are the primary factors driving your ex further away from you and eventually leading your ex to make the decision to end the relationship.

Imagine if all the reasons that made your ex break up with you in the first place are gone, what would happen?

Let me try to explain it with an analogy. Imagine if you remove the foundation of a building, what do you think would happen? The building would collapse, right?

Similarly, if you remove the basis on which your ex made their breakup decision, then what do you think might happen? The case your ex made for breaking up with you would no longer stand.

Quite some time ago, I talked about the concept of human beings having the need to stay consistent with their decision (That is also why your ex might have told you that it is not possible for you two to get back together when you try to beg them to give the relationship a second chance).

So, if they see a new you and they are convinced that you have really changed for the better, it might make them want to reconsider giving the relationship another try.

Another reason why your ex wants to come back to you is that they realize that they made a mistake leaving you for someone else.

This has happened to quite a few of my friends before. Often, the story goes like this.

When my friends found out that their ex was cheating or flirting with someone else and confronted their ex about it, their ex decided to break up with them. After the breakup, their ex got together with the new partner.

Over time, their ex started to know more about this new partner and realized that this new partner is completely wrong for her or him. That is when their ex began to think back all the good things about them and regret leaving them for another person.

In this case, their ex’s new partner is playing the part to push their ex back to them. If they are still in contact with their ex and they have been doing their part in subtly reminding their ex of all the good memories and feelings, they will be significantly increasing their chances of winning their ex over.

However, I have to add that taking back a cheating ex is easy, but building a long lasting and healthy relationship is going to take time and effort. That is why you need to make your stand very clearly about cheating before getting back with your ex. Doing this is also to protect you from getting hurt again.

Your Ex Is Attracted To You All Over Again

What makes your ex want to come back to you could also be that your ex is attracted to you all over again. Attraction is what makes two people come together in the first place.

When you two just started dating, your ex fell for you because they were attracted by certain qualities in you. For example, your ex could be attracted by your confidence, your smile, your independence or your sense of humor. These are just a few examples that come to my mind. The list can go on and on.

Your Ex Misses You

Another reason why your ex wants to be back together with you is that they miss you.

After breakup, everything has changed. It is normal that we miss the things and people we have gotten so accustomed to over time. When it is gone, it feels like that a part of us has been taken away. The emptiness and pain that comes with missing someone drives your ex to want to come back to you.

Below are some telltale signs that your ex actually misses you:

Jealousy Makes Your Ex Come Back To You

Below is one of my readers’ story:

”My ex boyfriend left me a little over two months ago, saying that he needs to figure out what he wants in life. A couple of days ago, he saw a guy sending me back home and kissing me on the cheek. He got very jealous and pissed off and called me to ask me to meet up with him. The next day, we met up and he confronted me about my date. So, I told him that I just started seeing this new guy. He then asked me to stop going out with this new guy and told me that he wants me back.”

In a span of two months, this reader’s ex boyfriend went from wanting to break up with her to wanting to get back with her. The one and only thing that triggered her ex boyfriend’s change of mind is seeing his ex with a new guy.

A word of caution if your ex comes back to you after seeing you with another person:  it is obvious that your ex made an emotional and impulsive decision to get back with you. It is not likely that the relationship will last very long because all your previous relationship problems have not been dealt with and the initial reasons for breaking up with you are still there.

So, what you should do if you have used the jealousy tactics to get back with your ex?

You need to figure out what actually went wrong in your relationship and talk about it with your ex and find a solution together, otherwise it will inevitably come back and haunt you.

Your ex could also be coming back to you for the wrong reason. In this case, it is sex. Sex can be a very powerful driver that makes your ex boyfriend want to be back with you again, especially two of you always had amazing sex when you were together.

If you can tell that he is only using you for sex and he is not really looking to have a healthy and committed relationship with you, you need to have the willpower to say no. The last thing you want is to feel used by your ex for sex and to get hurt one more time.

When you are still in love with your ex, you are actually very vulnerable to your ex’s sexual advances, especially if they tell you that they miss you. You need to keep in mind that men will do and say things (which they don’t really mean it) to get sex from women. I have seen a lot of cases happening.

One of my readers wrote to me about her story:

”Her ex boyfriend sent her a text asking to meet because he missed her and wanted to meet up. Then she agreed. They ended up going for a couple of drinks and eventually ended up at her place.

Her ex boyfriend came onto her and after resisting a couple of times she gave in. The next morning, he cuddled with her on the couch. They didn’t speak about the break up at all or what went wrong. To her, it just felt like old times and she was so so happy.

After he left, she was expecting a text from him when he got home, but he never texted her. so she texted him asking what was going on and his reply was “I’m still not sure, it’s really confusing, isn’t it?  I’ll let you know when I know. I did enjoy myself though. I just need more time.“

She replied saying that this was fine and she can give him time. But, after thinking things through she decided that she couldn’t give him the time as it wasn’t fair to her, so she told him he needs to make a decision either way and if he doesn’t want to work on things then the kindest thing he can do is to leave her alone as she is too in love with him to be friends. He didn’t reply. She heard nothing from him since that night.”

She felt used, embarrassed and ashamed of herself for sleeping with her ex boyfriend. She really thought that night meant something but he’s dismissed it as nothing.

If all your ex is interested in is hooking up with you, then the smart thing to do is to just walk away.

If your ex has just told you that your ex just wants to be friends, lots of questions might be going through your mind right now. Questions … END_OF_DOCUMENT_TOKEN_TO_BE_REPLACED

If you are wondering, "Will he miss me if I leave him alone?"... Then you may be surprised by the answer that I'll be sharing in this … END_OF_DOCUMENT_TOKEN_TO_BE_REPLACED

Are you wondering what are the signs your ex will eventually come back to you again? If you've just gone through a breakup, then this period you're … END_OF_DOCUMENT_TOKEN_TO_BE_REPLACED

If you have just gone through a painful breakup, then chances are that you might be wondering, "does my ex miss me at all?" Or is this more like … END_OF_DOCUMENT_TOKEN_TO_BE_REPLACED

Can you use the power of silence after a break-up to get an ex back? Silence is a very powerful thing when used the right way. Sometimes when … END_OF_DOCUMENT_TOKEN_TO_BE_REPLACED

Is it possible that your ex is pretending to be over you, but actually still has feelings for you? And if so, why did your ex break up with you in … END_OF_DOCUMENT_TOKEN_TO_BE_REPLACED