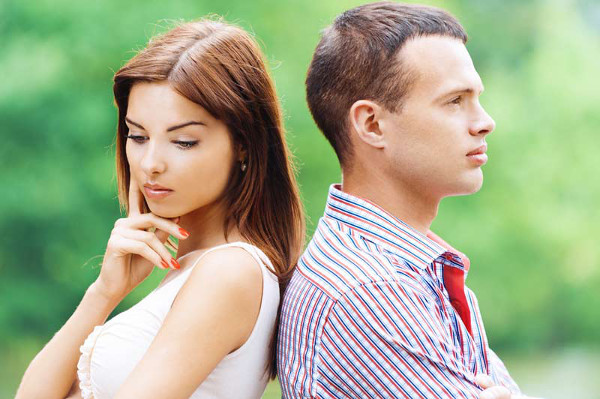 Have you been trying all sorts of ways to get your ex back, but no matter what you do, your ex just doesn’t seem to want you back still?

Have you tried saying all things to your ex but no matter what you say, your ex just won’t listen?

And have you been telling your ex that you will change and to give you and the relationship a chance again, but your ex just refuses to believe?

If so, then the real reason your ex has not gotten back with you is because you are STILL the person your ex perceived you to be that caused the breakup in the first place.

One of the most important thing that many people do not realise that the main reason why your ex does not want to be with you right now is because how your ex perceives you right now.

Perception is everything in getting a relationship.

Perception is everything in maintaining a relationship.

Perception is everything in salvaging a relationship.

And perception is the root cause of what made your relationship go south in the first place.

So how can you become the person your ex want to be with?

There are three versions of you during this whole journey in your relationship with your ex.

For example, when I asked one of my clients how she was like before she got together with her ex, she said that she was more carefree, more positive, more fun, and very easy to get along.

When she first got together with her ex, she was still all those things above, but lesser because she got so used to the relationship with her ex that she started to take her ex a little for granted.

And when I asked how was she like towards the end of the relationship, she mentioned that she was no longer fun, always arguing, very nagging, and was not easy at all to get along with.

So you can see that there is a huge transition from how she was like before she met her ex, and after she got together with her ex.

Now, it’s important to understand that you may feel that you hadn’t changed. That’s certainly a possibility as well because you could say that you weren’t put in a position where the other side of you would come out.

Or you could say that because your ex had first changed, that you changed. Those are reasonable arguments, however what you need to understand is the difference in perception in your ex towards you.

So how do you get your ex to change their perception towards you?

The answer lies in who you have to become to get your ex back.

You see, one thing you need to understand is that we all have the ability to influence. Regardless whether you think you have influential skills or not, you have been influencing your ex all this while.

For example, the reason your ex got attracted to you enough to be with you in the first place, was because you have influenced your ex to like you.

This is you influencing your ex to get them to want you. Because if you hadn’t talked the way you did, smile the way you did, or said the things you did back then, your ex probably wouldn’t have gotten together with you.

And towards the end of the relationship, you influenced your ex to leave you.

You have successfully negatively influenced your ex to the point your ex wanted to leave you.

If you noticed what really got your ex attracted towards you was because you were exuding positive qualities at the beginning.

Think about it – if your ex had perceived you to be negative, nagging, argumentative and always dramatic, do you your ex would have gotten together with you? Most likely not.

So there are two kind of influence that you have – positive and negative.

Therefore if you want to get your ex back, then you need to positively influence your ex.

What if you go up to your friend and said “Hey, you’re looking really good today!” How do you think your friend will react towards you? Most likely positive right?

Now, what if you go up to your friend and said “My oh my, you’re looking really ugly and like sh*t today!” Now how do you think your friend will react in this case? Most likely your friend might curse at you or you may even end up not being friends anymore.

So if you think about it – he was still the same person. But you had made two different comments and with that you influenced him in a negative and positive way.

This is the power of influence and you need to use it deliberately on your ex in order to salvage your relationship again.

Using Positive Influence On Your Ex

Now that you understand that you have the power to influence anyone just by what you say, you need to understand how to use it to positively impact your ex.

Now, what you have to understand as well is that depending on how bad the relationship ended between you and your ex, using positive influence can be challenging.

The important thing to note is that to influence your ex to want you back takes time. It’s not immediate because you already have formed a negative perception of yourself in your ex’s mind.

Therefore you will face resistance from your ex if you are being perceived very negatively by your ex, and that is very normal.

The final objective of Positive Influence is to get your ex to feel good about himself / herself when interacting with you.

This is key because everyone likes to feel good. The reason your ex left you was because you made your ex feel not good in the relationship.

Therefore when you let your ex feel good about himself / herself, that will allow you to create positive influence on your ex, which in turn allows you to be able to show and become the person that your ex was attracted to you in the first place.

Your next step: Now that you understand how attraction is built in your ex again, the next step to take is to find out whether it is actually too late to get your ex back.

Click on the box below to take the 2-minute quiz below to find out:

If your ex has just told you that your ex just wants to be friends, lots of questions might be going through your mind right now. Questions … END_OF_DOCUMENT_TOKEN_TO_BE_REPLACED

If you are wondering, "Will he miss me if I leave him alone?"... Then you may be surprised by the answer that I'll be sharing in this … END_OF_DOCUMENT_TOKEN_TO_BE_REPLACED

Are you wondering what are the signs your ex will eventually come back to you again? If you've just gone through a breakup, then this period you're … END_OF_DOCUMENT_TOKEN_TO_BE_REPLACED

If you have just gone through a painful breakup, then chances are that you might be wondering, "does my ex miss me at all?" Or is this more like … END_OF_DOCUMENT_TOKEN_TO_BE_REPLACED

Can you use the power of silence after a break-up to get an ex back? Silence is a very powerful thing when used the right way. Sometimes when … END_OF_DOCUMENT_TOKEN_TO_BE_REPLACED

Is it possible that your ex is pretending to be over you, but actually still has feelings for you? And if so, why did your ex break up with you in … END_OF_DOCUMENT_TOKEN_TO_BE_REPLACED